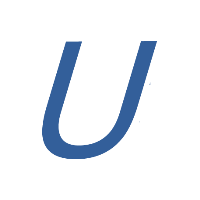 PaylocityConnect is Unanet's integration with the Paylocity system. PaylocityConnect flows a company's employee/person information from Paylocity to Unanet via Unanet's Cloud platform on a scheduled basis, multiple times per day. This means that information common to both systems can be entered just once into Paylocity when an employee is onboarded, and that information will flow to Unanet, saving administrators from manually entering data in two places. Updates to the person in Paylocity, such as salary increases, effective dates, email address, and supervisors flow to Unanet throughout the day as well, which ensures that employee data is synchronized between the systems.

The Paylocity Server generates a Person Report containing information about each person in the system, which is sent to Unanet's Hosted IMU platform to be translated according to the client's needs for import into Unanet. The translation program also uses the person file to determine whether any new Labor Categories, Locations, Person Organizations, or Approval Groups need to be created in Unanet.

The following information flows from Paylocity to Unanet as part of PaylocityConnect:

PaylocityConnect runs on Unanet's Cloud platform, so that the client company does not need to provide any hardware, software, or IT/system-level or network-level support for this integration.

The PaylocityConnect integration is scheduled to run multiple times per day. The process first looks for the existence of data files sent by Paylocity via SFTP. The Unanet IMU first runs the Paylocity files through a CSV Translator program. The CSV Translator program performs data transformations on the incoming CSV files, leveraging a configurable template file containing logic similar to what would be provided in a Unanet Export template. The CSV Translator generates CSV files as output, and the files are then imported into Unanet via the IMU Import.

Time and Expense to Payroll

The time and expense flow from Unanet to Paylocity is separate from the automated portion of PaylocityConnect. It is a manually-controlled process, and it always occurs in the same way, whether or not the full PaylocityConnect solution is used. We purposely keep it as a manually-initiated flow because clients prefer to closely control the timing of that export from Unanet, and often want to review the data prior to importing it into the payroll system.

The flow of the Payroll Journal Entry from Paylocity to Unanet is separate from the automated portion of PaylocityConnect. A Paylocity payroll report is specially created for import into the client's Unanet system. At the end of each payroll, that report is launched by the client's Unanet administrator, then reviewed if needed, and imported into Unanet via the Unanet Admin Import capability. Note there may be an additional service fee with Paylocity to set up a Journal Entry export from the payroll system.