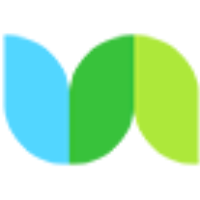 Title: Indirect calculations and changes to a rate during a Fiscal Year

This entry describes how Unanet stays current and accurate in the Billing Post area in order to reflect the most recent indirect rate entries.

Each time a billing post is run, the indirect cost amounts to be posted are calculated based on the current indirect rate and the prior postings for the fiscal year.

Thus, a project with no new direct costs since the last post could still result in positive or negative amounts being generated for indirect costs or fee due to a change in one of the indirect pool rates. In other words, Unanet does a "true-up" of indirect costs every time a post is run.

In the example below, the Actual values for each of the Indirect Rates change in March, resulting is recalculation of indirect amounts and fee, even though there are no new direct costs posted in the month. Note that the Direct Labor and ODC values for March are null since in this example there was no labor/expense charged in March, but there are still amounts that will be posted for the invoice due to the indirect rate change.  As a reference, the formulae used in the example are:

Note that this means that the billing and revenue post for Cost Plus contracts would be effected.